Are you a Feeling Communicator in a job that doesn’t suit you? 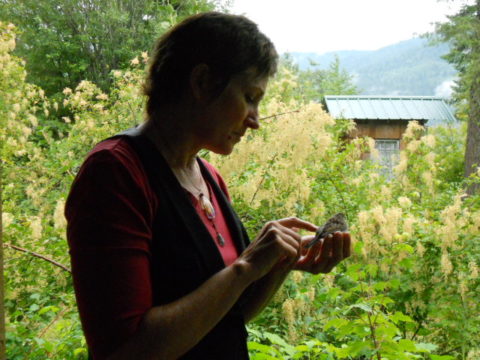 During a casual interview with a young employee, I noticed the surroundings of his office. Nothing on the walls, only a pale yellow beckoning a painting, poster or calendar at least. No personal picture of a girl or a dog. Even the desk calendar had not been written on, not one doodle or appointment. I wondered as he spoke, side glancing the whole time, if he was brand new, but I saw the only thing on the wall which was an official document of authorization dating several years back. His job was sales/service and even though he was a kind and thoughtful person, he clearly wasn’t cut out for it.

I suspected he was a Feeling Communicator, one of the four possible (Fiery, Practical and Verbal) types of ways people express themselves. Feeling Communicators flourish best when they have a certain amount of private autonomy and don’t have to deal with the public directly. They have innate intangible skills, sensing and feeling what others are not saying more than what they do say. Generally resistant to any kind of conflict, they prefer to get their work done in their way, without micromanaging or drama. Unfortunately, they also dislike putting themselves out there, even though they may have many skills and talents. The fear of potential rejection, being in the temporary spotlight for an interview, tooting their own horns; all these limit their desire to get out there in the workforce and try for their job of their dreams.

What I discovered about this young man was that he loves being in nature, a sure sign of a Feeling Communicator (because there are no people to bother them, or to pick up on their sensitive radar) and made little to no small talk (distrusting words because feelings never lie). I also uncovered that his father owned the company, which meant a shoe in for a job without ever going through the uncomfortable job search gauntlet. But he never claimed his space, a subtle message that co workers and clients alike will pick up, that he doesn’t really want to be there.

In order to test whether he really was a Feeling Communicator or just a disgruntled son trying to ‘show dad’ how unhappy he was, I offered this true story in our conversation. The previous day I had been hiking and came across a small baby bird in the path. As soon as I said baby bird, my young man, quickly betrayed his aloof attitude and looked at me straight in the eyes for the first time with passion and empathy (a sure sign of a Feeling Communicator). I thought the bird was dead, looked like he had attempted to fly out of its nest and landed face down, but in fact, he was still very much alive. At this, I heard a sigh and he looked away again. Then I told him that the bird had just wrapped his little talons around his wing and once I untangled it, he was fine. He emitted an audible sign of relief. No doubt, this was a mismatched Feeling Communicator.

I asked him on my third visit if he had ever considered working for the US Forest Service, a much better match for this guy. He would flourish and the company he works for would as well. That is the idea, allow a person to flourish and the company will profit. It isn’t always the answer to let someone go, finding a better fit within the company is often just the key. But trying to make an employee fit in a place they can’t bloom only stifles teamwork and eventually profit. How many employees do you have that could be transplanted in your company’s garden so all flourish?