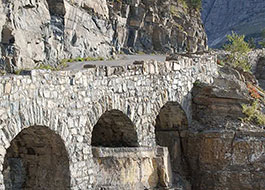 Why don’t people say what they mean and mean what they say? Many people believe life would be far easier if they did. We tend to give a lot of slack for miscommunication in personal relationships because we know there are insecurities, expectations and emotions, but in business we often expect people to set aside those very human attributes (insecurities, expectations and emotions) and just get to business.

But, you’re ahead of me and you guessed it, people are human even in business. Even if people can articulate their desires, concerns and fears, there are often cross currents sabotaging the situation. Anodea Judith, in her book Creating on Purpose, coins the term cross current to indicate just what it sounds like~ one part of you (the conscious mind) wants something that is diametrically opposed to another part (usually the non-conscious).

Let’s take a group of leaders and managers wanting a financial institution to invest in their company. On the surface level, each individual believes it is an excellent idea. It will infuse some much needed capital into the organization, allow some breathing room for creating new products and the funds to make them happen. Sounds easy, doesn’t it? What about the human insecurities, expectations and emotions?

Each person will have their own set of these and they create a filter from which they view the experience. So even though their mouths are saying yes, their inner voice may be saying no, creating a cross current that manifests just like in the ocean~ can’t swim forward~ and the business opportunity becomes sabotaged. The reasons certainly don’t have to be, and usually are not, logical so we often dismiss them when they try to surface in the middle of a sleepless night. But they are creating a current nonetheless. And that current is running the opposite direction as the investment opportunity.

You can imagine some of the reasons someone might feel a no inside. Resistance to change often leads the way, primordial as it is, it still is a part of the human condition. Fear that any change will leave a person worse off (even if they are in dire circumstances at the time) comes in second. Reluctance to admit needing help, fear of being indebted or losing freedom, or any number of personal-very-real-reasons create the end result of no decision or a botched up effort.

So ultimately, communication is not only about learning how others and oneself communicate and the ability to articulate and act on that, but it is knowing that often what people say isn’t really what they mean, not at a deeper level. Clean and clear communication, leaving no sign of resentment or resistance in its wake, means identifying and resolving the bricks that make up those sabotaging blocks before business transactions are finalized.

A Kaleidoscope of Perspectives is Required
May 1, 2022

Are you a Feeling Communicator in a job that doesn’t suit you?
September 27, 2019