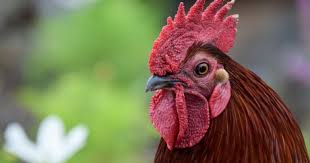 Inspired by a Ted Talk that was shared on Linked in recently called How to be a Great Leader (Simon Sinek) and a story I heard yesterday about two roosters, I felt compelled to share.

Part of my job is leadership training and there are only so many bullet points that will inspire someone to become a person others want to follow. At some point something genuine and heart-felt has to kick in. The story of the two roosters seemed to sum it up. A friend of mine had two roosters at different times in her hen raising experience. One was called Lucifer and proved to live up to his name. He was vicious, hid in waiting to jump on unwary passersby to inflict bloody wounds with his massive claws. He ruled by fear, he was a terror and all the hens obeyed his authority. But he wasn’t a leader, he was an Intimidator. And ended up as Coq au Vin, incidentally.

Later, after deciding to name her roosters more docile names, enters Elton John. One summer morning, my friend is standing on a ladder on the opposite side of the chicken coop area picking grapes from her vines. Curious Elton climbs up the other side of the ladder to see what delectables might be up here with Kristina. She offers him one grape. He tastes it, hops down the 6 or 7 steps back down to the ground, walks over to the hens and offers the grape to the dominant hen. He then returns to the ladder, scales it and receives another grape. Once again, he takes it back down and offers it to the second hen (in pecking order, of course) and repeats this until all hens have tasted the delicious grape. Finally he returns for one for himself.

There are many ways to lead, but what our world needs are more Elton Johns, those who as Robert Greenleaf so aptly coined it, are servant leaders. Traditional leadership has been authority over, whereas servant leadership shares the power. Of course it takes a confident person to know that in sharing they do not lose, but they empower, they create more power. There aren’t a certain number of power units that authority figures have to fight for. Power is creation energy, it is there for the taking, it is part of our birthright.

What we require now are leaders who put the needs of others first and help them become their best selves, find their own hidden gifts and sources of power. Wikipedia describes servant leadership like this:

Servant leadership turns the power pyramid upside down which puts the customer service associates at the top of the pyramid. Instead of the people working to serve the leader, the leader exists to serve the people. When leaders shift their mindset and serve first, they unlock purpose and ingenuity in those around them, resulting in higher performance and engaged, fulfilled employees.

What is your natural inclination after reading that? Do you feel the authenticity? The selflessness? Yet also the fulfilling feeling at the end of feeding all those hens these new wonderful taste sensations? It is a win/win scenario to become the leader others want to follow!

Bringing Human Dignity to the Workplace (or anywhere)
November 27, 2018

Does it Sometimes Feel Everything is Backwards?
July 10, 2018